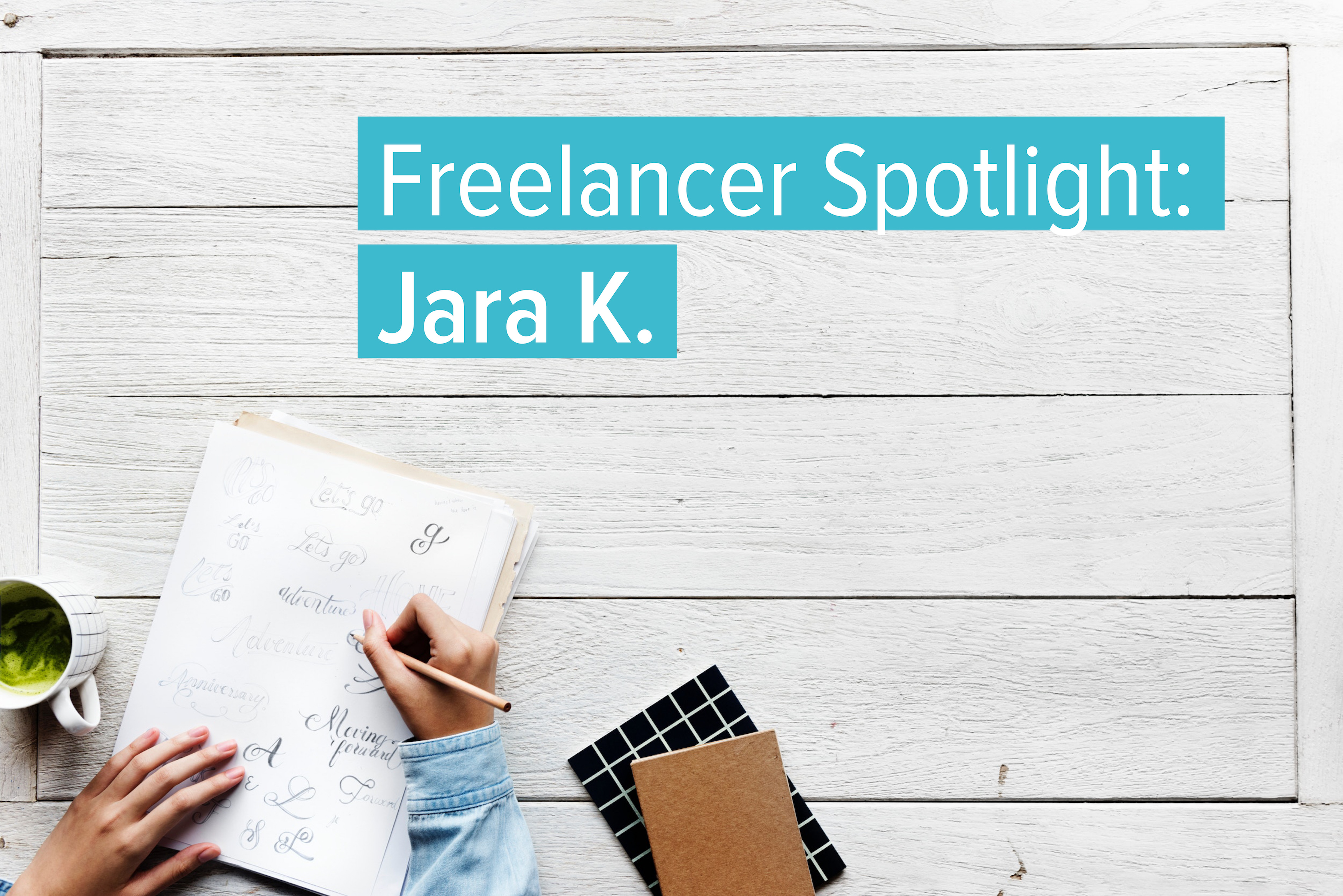 ConceptDrop Copywriter Jara K.’s love for words began from the moment she could put letters together. “Both my parents were very verbal people. My mom was an English and German teacher during her career and my dad was a newspaper reporter and editor. So books, and words, and language were a very important part of my home growing up.”

In addition to writing, Jara is also currently involved in brand strategy and market planning, something she refers to as the scaffolding of a project, which is made beautiful through writing. “Being a part of both the planning and writing allows me to be effective in copywriting.”

In the past, Jara has worked with organizations in a variety of industries including enterprise software, microbiology, professional service firms, and more. “I like the variety. No matter the project or service, as long as you’re passionate about what you do, you have something to write about.”

After working as a freelancer for less than a year, Jara discovered ConceptDrop. She was intrigued by the business model and felt that right away the platform had “great brands, great companies, and great projects.” Jara has worked on several projects for ConceptDrop from invitations for a whiskey seminar to a sales click pack for a software product.

“I also really like the psychological aspect of it [ConceptDrop]. You know, you never know what kind of content of a project you’re going to get, I like the challenge and the exposure to different markets.”Since starting with ConceptDrop, Jara’s favorite project has been creating a landing page for Macy’s Frango Chocolate. “It was a dream project and was a joy to describe those melt in your mouth chocolates for a website.” She loves a challenge and has yet to not accept a project offered to her through ConceptDrop.

Clients have taken note of Jara’s quality work. Blackbaud, for example, appreciated Jara’s “quick turnaround and her efforts to follow our guidelines.” Other clients, such as Avery Dennison insisted that Jara had “knocked it out of the park” when it came to their project.

One of her favorite parts about being a freelancer is getting to work for herself and learning about different people and industries. Jara appreciates the option to create her own hours and choose the projects that she takes on. “It’s great because then you’re fully invested in the project and when you’re your own shop, you’re as good as the body of your work.” Jara often finds that she has to remind herself to stop working and remember to do everyday responsibilities such as making dinner or going to her dentist appointment because she’s enjoying the project so much.

For others involved in freelancing, she advises its necessary to absolutely love what you do. “I know that sounds tripe, but you have to love it because you’re going to work harder than you’ve ever worked in your entire life.” She also advises to be disciplined by managing your time well, but also allow yourself breaks. “Most importantly, be prepared to work hard.”