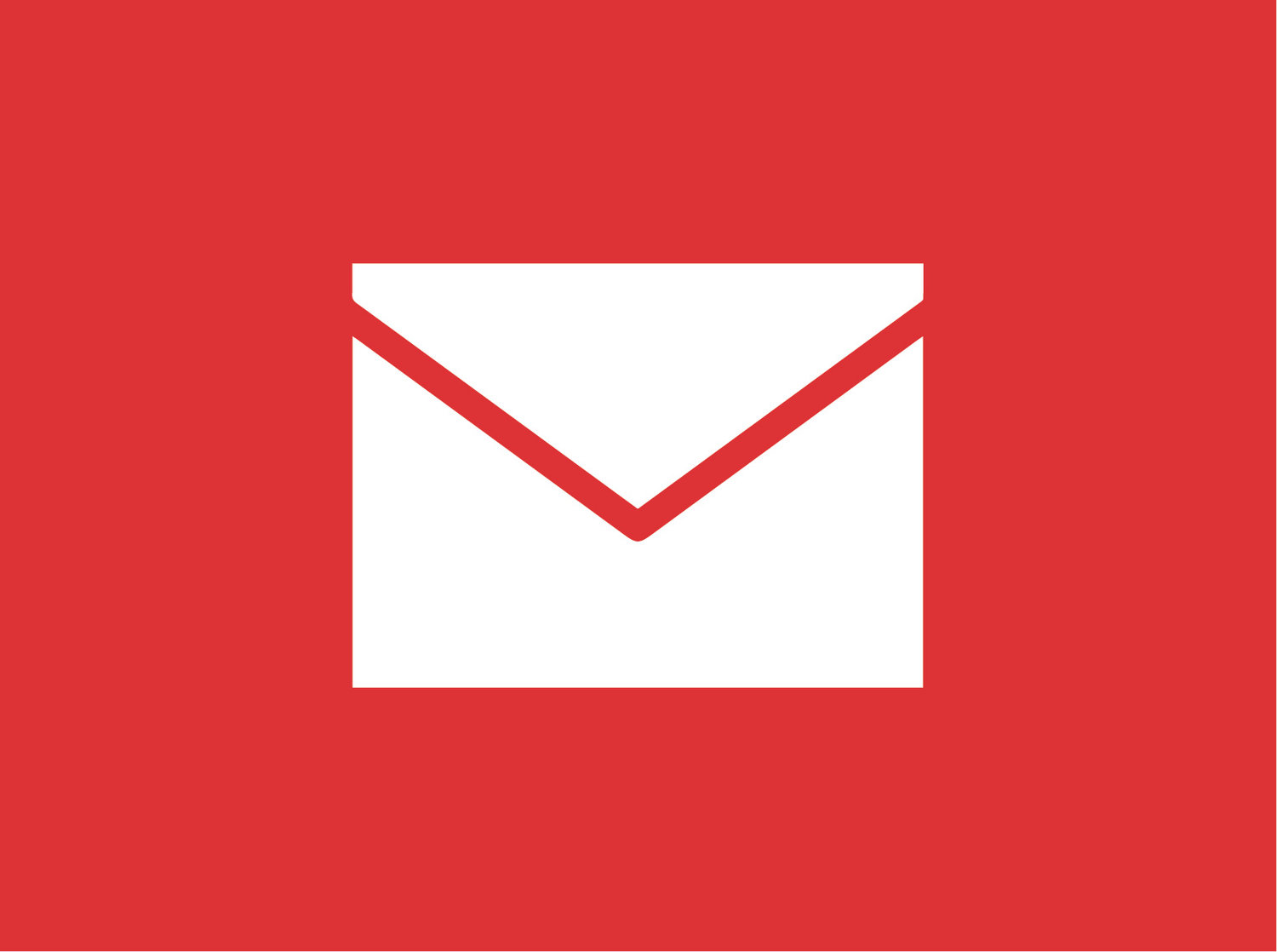 As the saying goes, April showers bring May flowers – including major changes to Gmail. Google just released their updated email service, which is the first time the company has officially tampered with its interface since 2011. Here’s what you now get on the new platform:

Similarly to snoozing an alarm clock, the email snooze feature lets you put a pause on an email thread. Just hover your cursor over an email and click the clock icon, allowing you to return to the message in an hour, day, or even a week. 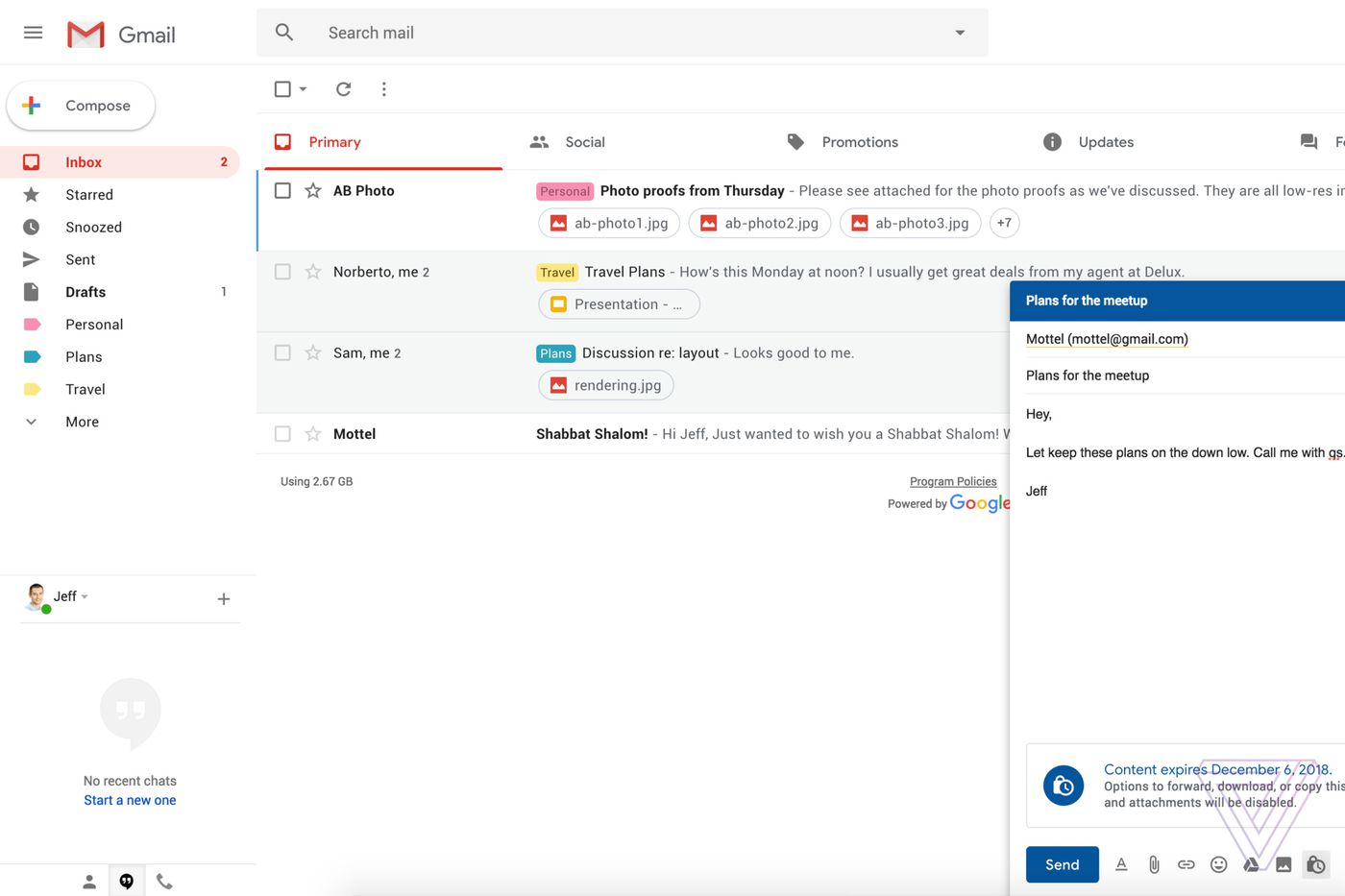 With the new update, file attachments are now visible right from your inbox – without even opening the message itself. Underneath the subject line and preview text of an email, the type of file(s) and corresponding name(s) are listened in order of attachment.

Gmail now sends a “nudge” for messages that seem time-sensitive or important. According to USA Today, “Nudging prevents 8% of G Suite businesses from dropping the ball on emails each week.” In addition, Gmail flags spam in a more efficient way than done previously. 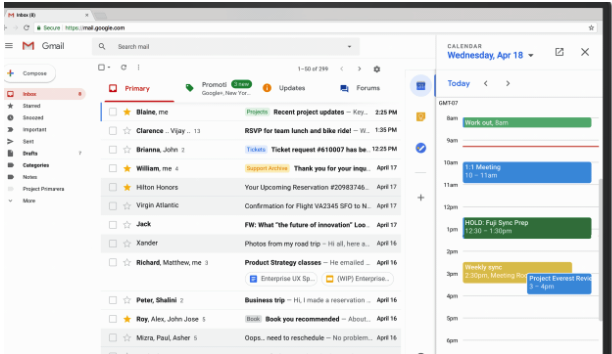 Gmail now has a side panel that houses a customizable selection of G Suite apps, like Tasks, Keep, and more. Want to see your calendar without having to go to a separate tab or window? Simply click on the side panel’s calendar icon and your schedule appears. If you’d like a full view of your inbox, this panel can be hidden as well.

5. Smart Reply on desktop, too

Much like most smartphones’ messages apps, Gmail’s new platform include “Smart Reply”. If you are unfamiliar, Smart Reply reviews the content inside an email and suggests quick replies. The feature’s machine learning also generates more accurate responses the more you use it.

Have you ever been nervous to send an email into cyberspace because it contained sensitive or personal information? Gmail now encompasses a “Confidential Mode” which expires an email after a period of time. In addition, you can remove the option for receivers of the email to forward, copy text inside, etc.

These cutting-edge features demonstrate that Gmail is aiming to be more efficient and timely than ever before. You can now see an overview of your inbox, attachments, reminders, and events all on one screen – creating a more seamless user experience.

If that isn’t enough, Google also refreshed the “look and feel” of Gmail’s interface. The changes are small, and arguably very tasteful, rather than an entire redesign. TechCrunch claims, “Gmail users will still feel right at home.” 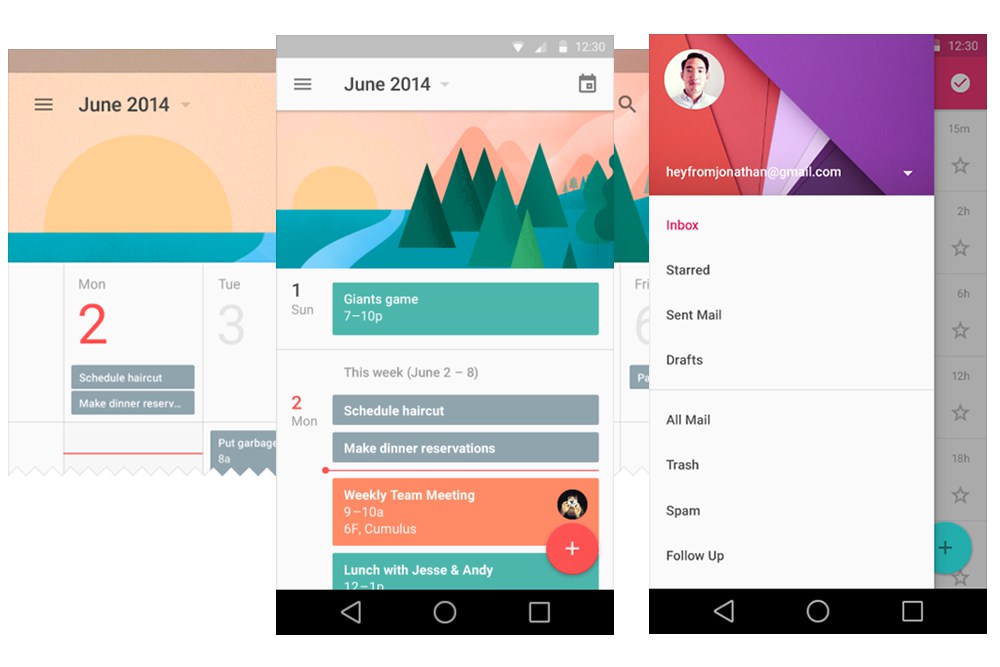 Google was able to achieve this familiar feel through “Material Design”, which is already seen in a variety of other G Suite applications. This design concept, named by Google themselves in 2014, combines “the classic principles of good design with the innovation and possibility of technology and science.” Our blog post “What is Material Design?” dives deeper into what this Google-coined term really means. Regardless of how Google was able to accomplish such a stunning update, the new Gmail is worth giving a try.

Getting started is easy. Simply click “Try the new Mail” in your settings (that little gear in the top-right hand corner of your inbox). Google even gives you the option to switch back to the old version if you’d like – that’s how confident they are you will like the new and improved platform. Let us know what you think of the update below.