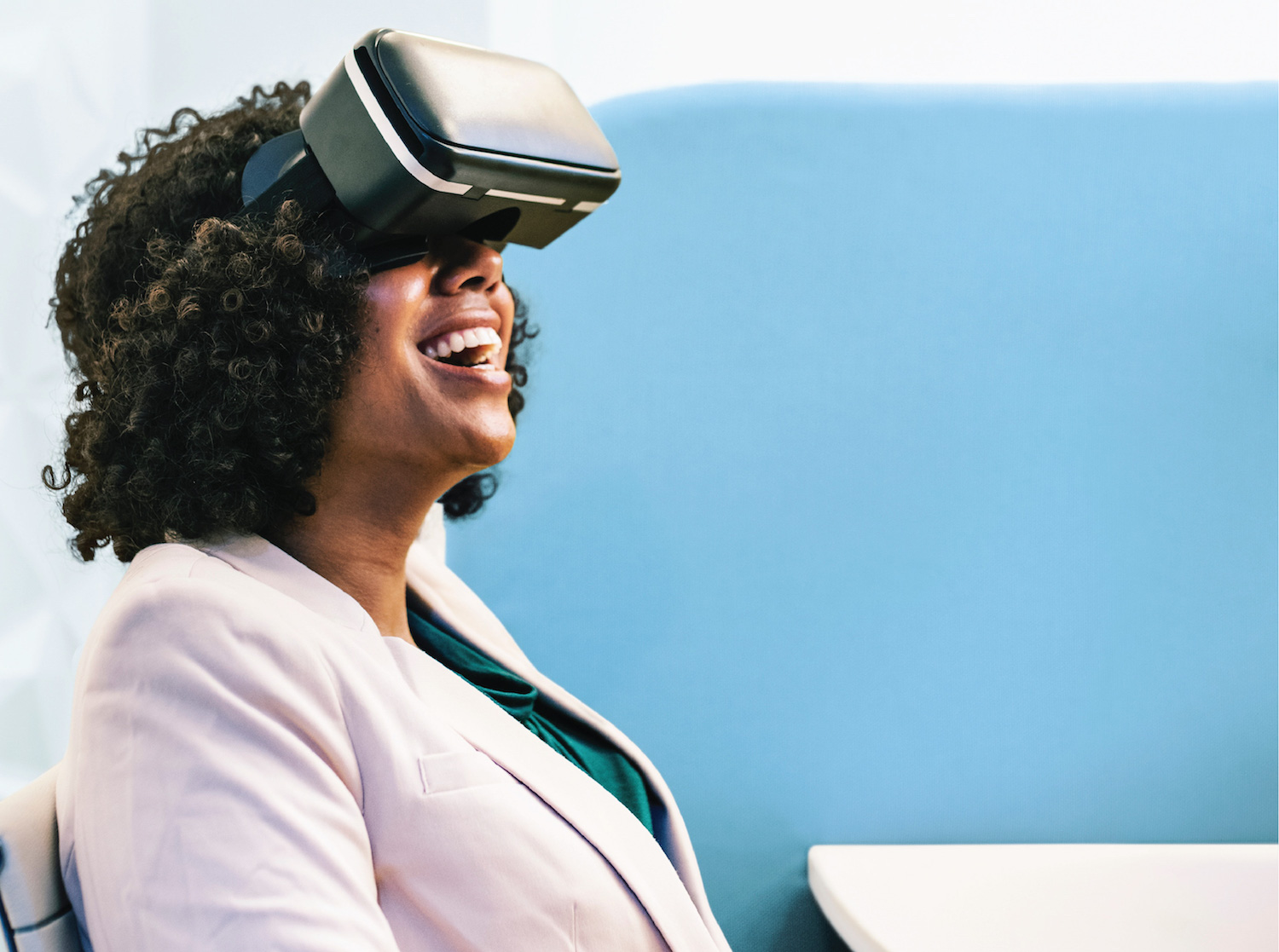 Augmented reality is already making big steps in the world of technology and design (read more about the history of AI here). Doctors are practicing surgeries on AR platforms and archaeologists are able to look at and participate with sites digitally. While there are many beneficial uses of AR technology, there is also controversy surrounding it. What happens when augmented reality is implemented into common spaces, such as schools or malls? The long-term effects and uses of AR are unknown, but here’s what is already being put into practice in these everyday places. 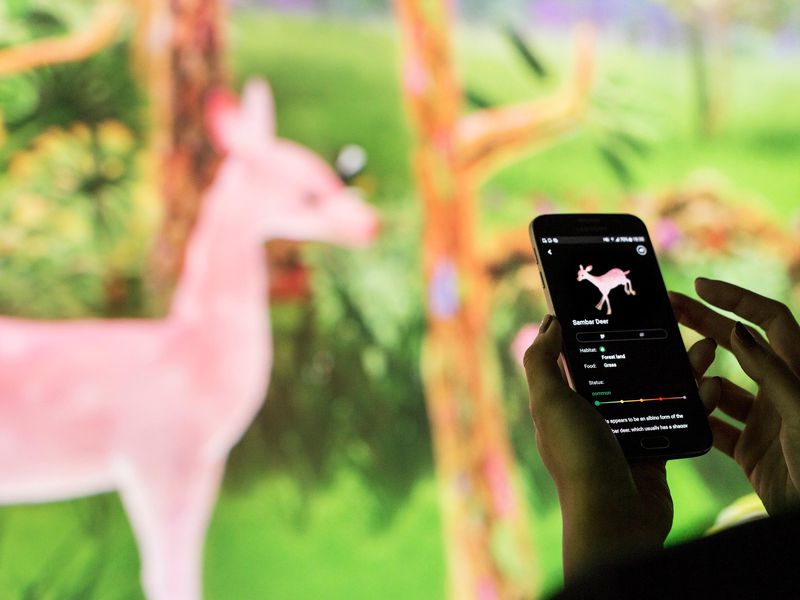 In the technology age, it is important for museums to stay relevant and engaging in order to elicit visitors. AR is being utilized at many popular museums sites, such the Smithsonian museums in D.C. The National Museum of Natural History has updated their Skin and Bone exhibit, which has been around since the 1800s. Here, you can look at an animal’s skeleton and then through a screen to compare what that animal looks like with flesh. If you’re not in D.C., they even have an app that allows you to see this exhibit remotely from your smartphone.

AR has caused disputes in the museum world, as well. Wired recently wrote about an unofficial update to a Jackson Pollock exhibit at the MoMA in New York City. A group “renegade” artists tweaked with Pollock’s painting through a site called MoMAR, which aims to make art visible to the public. Now, smartphone users can look at Pollock’s paintings with very different eyes. Wired states, “Viewed through the app, Pollock’s paintings are either remixed beyond recognition or entirely replaced.” No changes have been made to the physical exhibit, but through this app, users can engage with the painting in new ways by distorting it with virtual icons.

Different levels of augmented reality are being used in classrooms as well. For younger children, Quiver Vision is an AR coloring experience that incorporates world maps and other educational images from which students can learn. Students in second and third grade can enjoy Popartoys, which allows users to complete puzzles or look at “smart books” and charts. For example, there is an AR periodic table of elements and one for the solar system too. Aug That is a company that provides augmented reality curriculums to students who are behind in their studies. Their lessons include tactical games and video substitutes. According to an article on EdSurge, an educational technology company, “The beauty of Augmented Reality is that the learning experiences can be as easy or as complex as you want….What’s even more enticing is that students can easily create these experiences in a matter of minutes.”

Shopping experiences are becoming enhanced with AR too. For example, IKEA has launched their IKEA Place app which lets you virtually look at a room placed with IKEA furniture. According to NBC, “AR could also transform the supermarket experience…lightweight glasses could display pricing, nutritional information.” Imagine being at home and instead of leafing through a catalog, you could browse a virtual store, see what looks like life-sized furniture right in front of you. While shopping, you could also pick up products and gather information about them on a screen instead of a label.

Not everyone is excited about AR technology. After all, AR is replacing a lot of old, non-digital practices and with change always comes some sort of resistance. In fact, many internet users have expressed disappointment with the MoMAR app because it could be considered “virtual vandalism.” Wired referenced a similar incident; Jeff Koons created a virtual art exhibit on Snapchat and the work was tampered with. With Snapchat, you could look at real spaces through your screen, but also see virtual sculptures, pieces of art that weren’t physically there, but designed to like they were situated in those places. What ensued was a group of artists superimposing graffiti on a virtual sculpture of a balloon dog. Virtual vandalism is now a new issue that is a consequence of AR spreading. 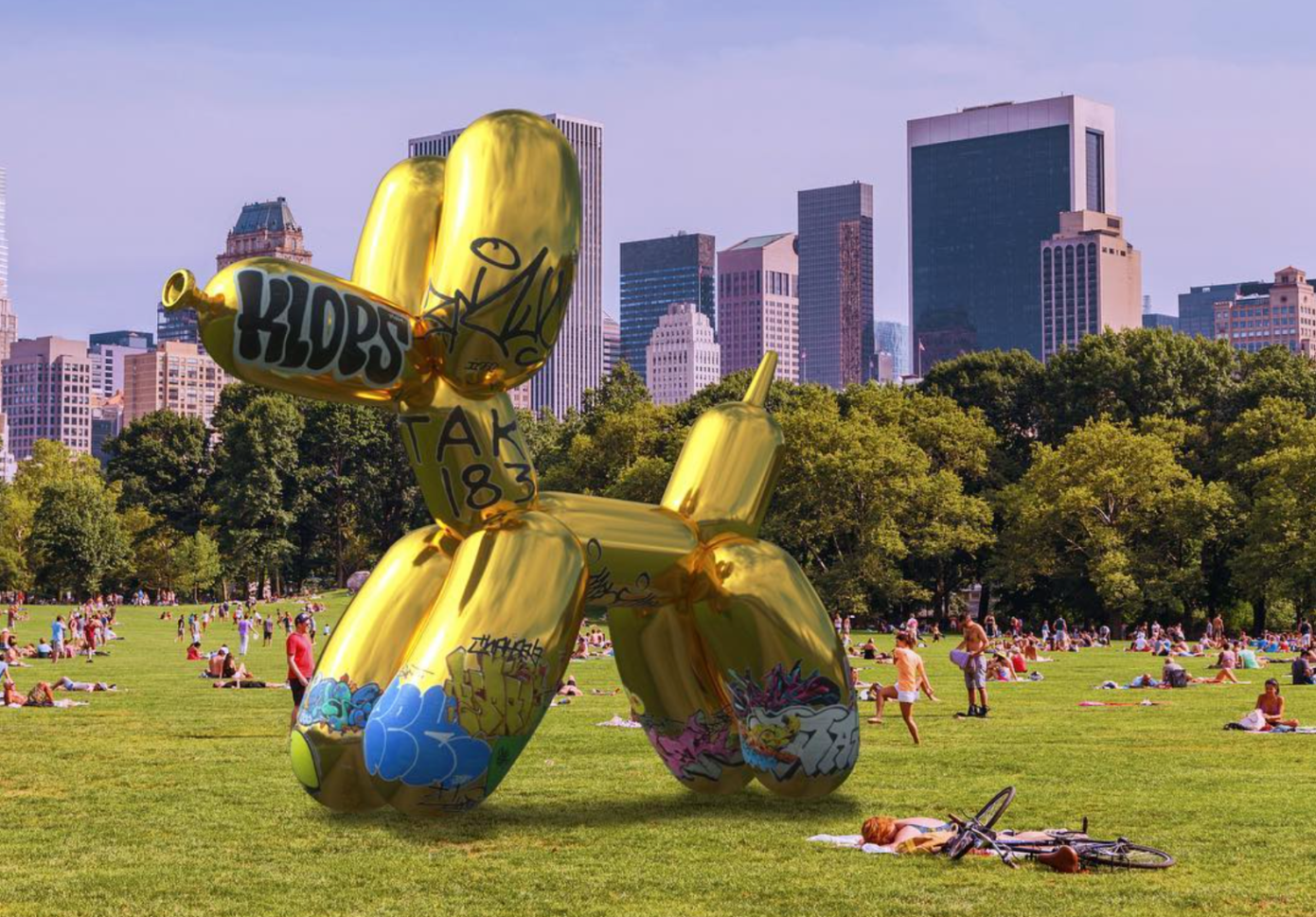 A few months ago, we wrote about the popularity of digital books and whether or not they are replacing print. In a similar sense, will AR replace visual realities? Already, there are companies working on AR driving platforms, creating goggles users can wear while driving that will act as a GPS system; a virtual screen is superimposed over the actual road. Many people are questioning how necessary this kind of technology is and how this will enhance or hinder our current circumstances. Only time will tell what AR will bring to our virtual and non-virtual realities. In the meantime, what are your opinions?