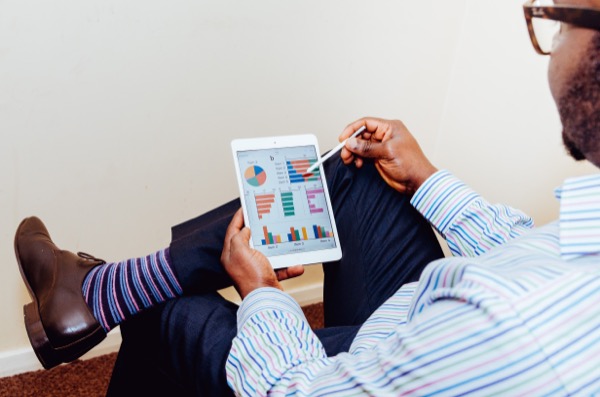 While working in financial services, Philip Alexander had to frequently prepare powerpoint presentations, only to find that he’d spend three-quarters of his time on design elements like formatting and alignment, when he could have been working on the content of the presentation.

Out of that frustration, ConceptDrop was born, a startup Alexander founded in late 2012 that provided a turnkey, overnight design service to companies seeking professional-looking powerpoint slides. After working initially with startups, then moving towards larger corporations, ConceptDrop provided a faster and cheaper alternative to traditional creative agencies. But this year the company launched a new marketplace that offers design work on more than just powerpoints, providing companies with on-demand design help for any project they need.

ConceptDrop works like this: Companies upload their project to ConceptDrop’s site and fill out a short creative questionnaire detailing what design elements they are looking for. Using its network of freelancers, and an algorithm that matches the project with the best designer available, ConceptDrop completes the design and turns the project around in 24 hours.

ConceptDrop currently has more than 350 designers in over 30 countries. Designers tell ConceptDrop their hourly rate, availably, and location, and the company is able to hire freelancers online in a matter of hours.

“One of the things that’s great about using this network of designers is if you send something at 5:00 pm that you need the next day, we’ll match you up with a designer who might be in India who can work through the night on it,” Alexander said. That network of freelancers has helped Concept Drop keep costs down and turn projects around on-demand, he said.

ConceptDrop has worked with major brands like Pepsi, Patrón, Sears, DTZ, JP Morgan, and others, and  its pricing includes $15 per slide for powerpoints, $400/page for infographics, and starting at $350 for a newsletter.

“There’s been this whole sharing economy, leverage-the-crowd movement, but a lot of the big companies have not been able to take advantage of it,” Alexander said. “We see it as a great on-demand tool that can deliver the same kind of quality you’d get at an agency, but we can do it mush faster and at a much more competitive rate.”

Based out of 1871, ConceptDrop has two employees in Chicago and seven full-time staffers around the globe, and Alexander says they’re looking to grow. The company has raised $300,ooo thus far, and it’s looking to do a larger round within the next 12 months, he added.

Long term, Alexander said ConceptDrop’s ability to quickly on-board freelancers could be a model it brings to other agencies, allowing companies to utilize their ability to bring on designers at a lower cost and more efficiently.